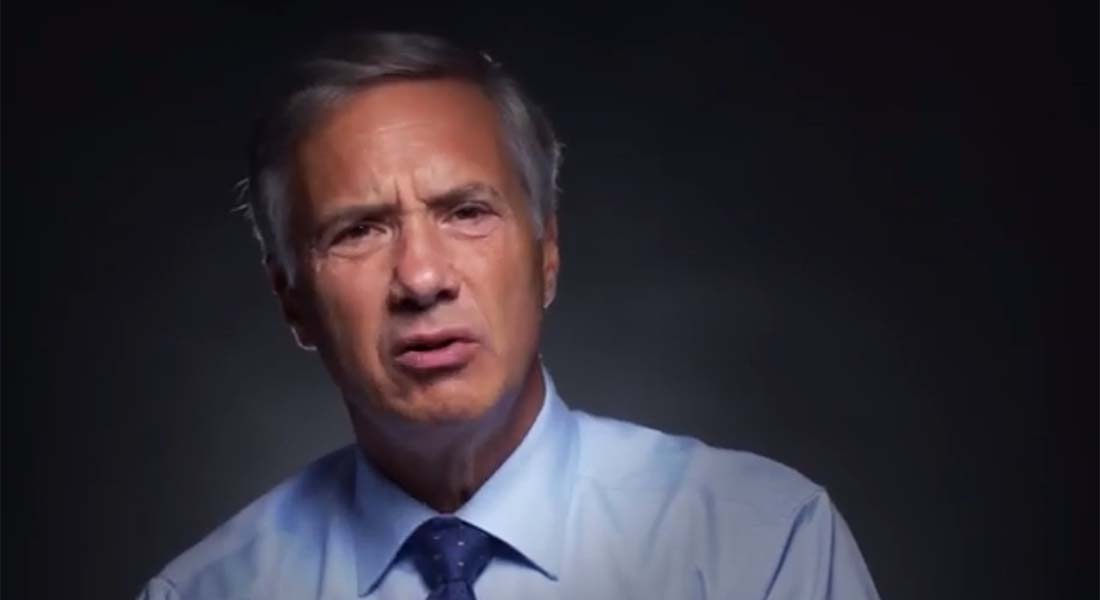 Everybody knows that scripture’s made up of a whole host of different genres and different writings, letters, prophecies, biographies. I mean just whole bunch of different types. And typically when you hear somebody talk from the Bible, they’ll pull one little story out and then amplify that story and draw principles out of it and there’s nothing wrong with that, but we sometimes forget that when you stand back, the Bible tells one big story.

The theologians sometimes called it a grand narrative. And so that was the approach that we decided we would follow, and as we looked at this grand narrative we thought, this could be divided. And again, theologians debate as to how best to divide it up. But we settled on a pretty conventional model; creation, fall, redemption, and new creation. And when we looked at those four different sort of movements or chapters of this big story, what we asked was, what could we draw out of each of these chapters that might inform the way we think about business. And so really that’s where we ground our theology of business, is in looking at this creation, fall, redemption, new creation pattern as a part of the big story.

As I think about the purpose of business, I really have found myself drawn back to the creation chapter of this grand narrative. And if you pull it apart and ask kind of what is it that we learn from there, there’s a number of sort of obvious statements that sometimes I think we forget to focus on. You know, one is that human beings were designed — and this was before the fall, so this is in God’s perfect design — were designed in part to work. They had other aspects, but at least in part to work, there’s a whole series of charges that are given to Adam and Eve in the garden that are we sometimes wrap up and call The Creation Mandate, but they’re tasks that they are to perform. And if you think about that work another feature that comes out of the creation account is that this work was to be done out of relationship. If we are, as individuals, made in the image of God, the image of God, Himself, Itself, was is this triune God that lives in this constant relationship and that’s built into the narrative in Genesis One.

And so if we are made in that image, we are made to be in relationship and more that that, as God models, the work that is done comes out of that relationship and then is intended to return for the benefit of that relationship. That all of God’s creative work followed after the relation. The relation pre-existed task. But the task that was done, the creation work, was intended to come back for the glory of God.
And the same pattern then gets replicated in human beings. God looks down and see Adam, and says it’s not right for Adam to be alone, there needs to be Eve so that out of that relationship the two of them could do the work that God’s intended for them. And that that work could come back for the benefit of that marriage and of essentially humanity that would flow out of that.

So as we looked at this, we said you know is actually right spot on what business does. Business brings people together in a variety of different relationships in ways that will enable them to do meaningful and creative work. And so, as a sort of first order purpose, that was one of the things we landed on is that business exists for the purpose of providing opportunities for individuals to express aspects of their God-given identity in meaningful and creative work.
But the other piece that I think is really clear —  I say really clear but in some ways sort of subtly introduced  — is the notion that even from the beginning, God intended this perfectly created garden to flourish in part through the work of human beings. That it was some “partnership” between God’s activity and the activity of human beings that together we’re going to bring forth the crops from the land.

There’s this verse in Chapter Two, Verse Five that talks about the land had been created, the fields had been created, but there still weren’t any crops. And so well why? And then there’s two reasons given. One, God hadn’t sent any rain. Okay, that’s God’s work. But also because as of yet, there were no human beings available to work the ground. And the implication is that somehow this combination of God and human work was to take what was perfect, but in a sense perfectly resourced and cause it to flourish. And out of the ground was to come the crops and the provisions and eventually the innovations and the entrepreneurship and all of this was to be done in part through the work of human beings.

I would say that business exists for the purpose of bringing goods and services into the world that will enable communities to flourish.

So these two purposes; one, business exists for the purpose of providing opportunities for individuals to express aspects of their God-given identities in meaningful and creative work. And it exists to produce goods and services that will enable a community to flourish. And that’s my answer to why business matters to God. It’s fundamental purpose.