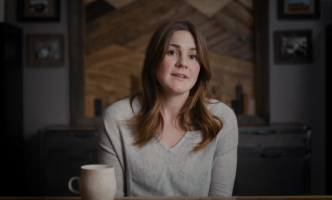 Thinking Out Loud with Adrienne Tafilowski

So after we raised our wages, we did have team members that came in and were really worried and really concerned with being in a higher wage now, for a lot of our families that were on some kind of assistance or benefits when they came to the United States were now fearful of losing their medical assistance or their food benefits. So I had conversations with some of our team members that asked to not be moved to a higher wage, or wanted to move to a lower paying position because now they were worried they were going to lose a lot of that. And that was something that we hadn’t really thought of, of how it might affect people that way. There’s an interesting concept called the Cliff Effect, where when somebody is on benefits, and that’s at a certain wage, when they then make more and they lose those benefits, it’s this cliff that they feel like they’re falling off of, because the amount that they increased in their wages isn’t actually enough to cover what they’ve lost in those benefits. So maybe they had an increase of three dollars an hour, that amount really isn’t enough to go out and get their own policy, or to really come off of those food benefits to be able to pay for their full shop. It helps, but it’s not enough to compensate what they’re really missing out on those benefits and that’s called the Cliff Effect and lots of people are trying to figure out how to help fix that for families that are coming off of benefits but they’re still not making enough to cover what they’d be losing by losing the benefits.