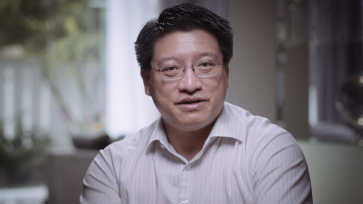 What Do You Do?

Thinking Out Loud with Sonny Vu

I still remember very distinctly, we’re sitting around a circle and we’re going around introducing ourselves. What do you do? Social worker, nurse, teacher, pastor. And it got to me and it’s like, well what do you do? And I had a really hard time answering that. This is after I’d started doing the entrepreneurship thing. I honestly just said, “I’m a business guy and I really like making money.” And I felt really out of the place I had to say. And it made me really think like, Oh man, are there other people who … I don’t know. Is there a calling to business? Is there’s such a thing? Maybe you can’t … maybe I’m supposed to. I don’t know. I’ll donate money, I’ll fund you or I’ll donate and if you want to be a missionary or something, but I’m not a missionary because, I don’t know, I didn’t think business people could be missionaries.

Then, one thing led to another. I’d gotten to Jeff [Venduzer’s 00:01:00] talk on theology of work and I don’t think it was called that. I think it was like faith and work or something. I don’t know. And it just blew me away. He talked about purpose and work. Why? What is the purpose of business? Previously, I guess the answer in, if I were to say, “What is the purpose of work?” The automatic Christian answer would be, to glorify God. It’s like, okay, well let’s dive down a little bit more.

Actually it’s about maximizing shareholder value. That’s what we’re supposed to say. One of those two answers, right? But neither one of those were sufficient for me in terms of, okay, well how do I work with this? And he broke it down to two things and that was, one was to provide goods and services to enable communities to flourish. And the second was to create opportunities for people to express their innate capacity for creativity and productivity in meaningful ways. And that became really a foundation for how we wanted to build a business and why we wanted to build a business.

I wouldn’t want the purpose of work to be just to find a bunch of money so we can donate to a church. That just wouldn’t feel like … I’d be missing a very important part of why. Why I’m doing what I’m doing. If the why is intrinsic to what I’m doing, that what I’m doing is the worship. Business is worship. Business is this expression of gifts given to you and given back. But if work in itself can’t be intrinsically the why, and in itself the act of worship, then that seems like it would be really hard work.